Guy is a professional Muay Thai fighter who has fought for a world title and is always striving to compete on a world class level. Muay Thai is an intense combat sport which takes years to master. Regardless of how physically capable fighters are, their mindset has a huge impact on their level of performance and success.

This is true of achieving any fitness, sport, or competitive goals which is why Guy became a qualified Mind and Body Coach. He is passionate about helping others to achieve a winning or as he calls it a “Fighting Mindset”.

Guy comes from a family of athletes competing in swimming and running at state level. He started playing sport at the age of 4 and became a semi-professional AFL player getting paid to play while travelling throughout Australia. His father is a successful businessman that instilled the importance of continual improvement into Guy’s believe system. He has been attending entrepreneurial conferences with mentors such as Dr. Denis Waitley, Anthony Robbins, Sir Richard Branson, and several others since the age of 12.

Dr. Denis Waitley PH.D. is one of worlds most respected authors, lecturers, and consultants on high-performance human achievement. Guy contributes his desire to become a Mind as well as a Body Coach to Denis Waitley’s successful program with Olympic athletes called Visual Motor Rehearsal.

He was employed to train NASA astronauts and later implemented the Apollo visualisation program to develop Olympic athletes. Denis took Olympic athletes and had them run their event only in their mind, and then hooked them up to sophisticated biofeedback equipment. Incredibly, the same muscles fired in the same sequence when they were running the race in their mind as when they were running on the track. How can this be? Because your mind can’t distinguish whether you’re really doing it or whether it’s just a practice.

Your mind controls your body. Your unconscious mind is a powerful force to be reckoned with. It makes up around 95% of your brain power and handles everything your body needs to function properly. Changing mindset is more effective when working with the unconscious mind.

Many personal trainers, sports and athletics coaches have the same knowledge, skills, and abilities necessary to design individual and group fitness programs. However, few have Guy’s unique skills and experience in helping clients to take control of their unconscious mind. By becoming aware and in sync with it, they take back control of their life to excel and accomplish extraordinary results. 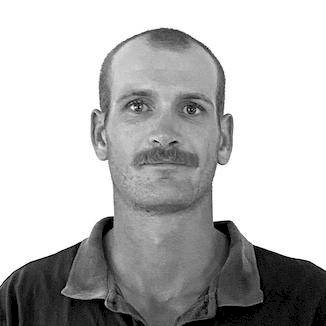 help me (click on a topic to learn more):

build self confidence say "No" get my act together stress reduction public speaking breakthrough program fear of flying keep the weight off be more decisive needle phobia scared of the dentist  ... more »