"There is no higher religion than human service. To work for the common goal is the highest creed" - Albert Schweitzer

One of Australia's most successful female executives, Jessica Nash has built an impressive track record by increasing productivity and bottom-line profit for thousands of clients in every facet of Australian business. During her 45-year career.

At 24 years of age, she held the title of National Sales Manager for a company representing National Media and was responsible for revenue budgets totalling millions of dollars. Over a short few year, she gained a reputation of being one of the highest sales and marketing achievers in the industry. In 1983 she was head hunted by the John Fairfax owned Macquarie Broadcasting Corporation.

In 1988 Jessica changed career direction and entered the Recruitment and Training Industry. But not before she became the youngest and the first female General Manager within the male dominated Australian Radio Industry!

Jessica added to her stream of success by turning a flagging Queensland radio station into "4RR Reef Radio" and hit "Number One" in the 18-39 demographic only three months after it was launched.

Jessica was appointed Regional Manager, Victoria & South Australia for the Chandler Personnel Group of Companies, which later amalgamated with the second largest human resource service organisation in the world - Adia. For five years she provided leadership on what she considered to be the most crucial element in building a successful business; Recruiting and Training the right People!

In 1993 Jessica returned to Queensland with one goal in mind; to make a valuable contribution by helping people and organisations to significantly increase their performance capabilities and live their life with purpose and prosperity. Champs Unlimited is one of Jessica's life-long dreams come true. Over the past 26 years she has developed long term advocate relationships with major organisation in both the private and the public sector. She is an extremely talented and insightful trainer, presenter, and coach.

Fast forward to 2019 - 2020 which has seen Jessica using her skills as a Business Coach to collaborate with Michele Nash in founding the No More Scary Stuff Certification Training and Associate Program – a fabulous new initiative to support people to start a business and/or grow a small business exponentially. 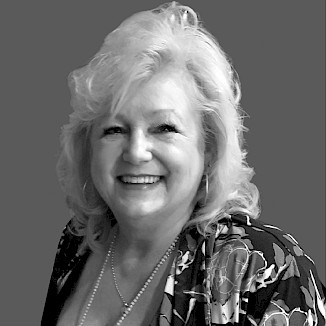 help me (click on a topic to learn more):

be more decisive needle phobia public speaking keep the weight off stress reduction scared of the dentist breakthrough program build self confidence say "No" fear of flying get my act together  ... more »